Three months and three releases this year is a bit of a record for me! It started with a very acoustic 'Getting Over You', which allowed me to ease gently into my new recording software. I wanted to create a 'live gig in a hall' effect to recognise that many of us have probably not seen a live gig for the best part of a year. Having set the scene, I then combined the rather stylistic album cover with me playing it 'live' at home. This seemed to go down well to the extent that I've just received a certificate from World Songwriting Association as a Top Finalist in the Best Video Production category - a total, but welcome surprise!

Next came 'All the Way Back' which is an older song about an old school romance rekindling, and was released around Valentine's Day. It seemed to pull a few heart-strings along the way for some! I've now followed this up this week with a brand new song written and recorded in March - Behind Closed Doors. I'm in a songwriting circle (virtual at present) and each month we suggest a topic for us each to write a new song. Last month was 'doors', so I wrote it originally about physical doors with people behind them in lockdown. As the lyrics evolved, it became more about mental doors, and the legacy of potential mental health issues we have as a result of the pandemic, from young to old. It's only been out a couple of days and I've already had two radio stations wanting to play it, one in the UK and one in the US.

Hopefully there's more to report on this next time, but in the meantime stay safe and you can hear the new track on Spotify etc. Maybe I'll be able to play it live one day! Click the cover picture if you'd like a listen on Spotify. 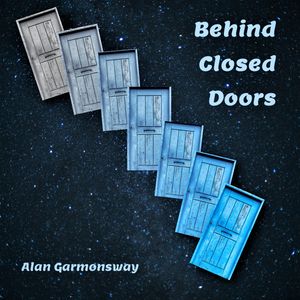